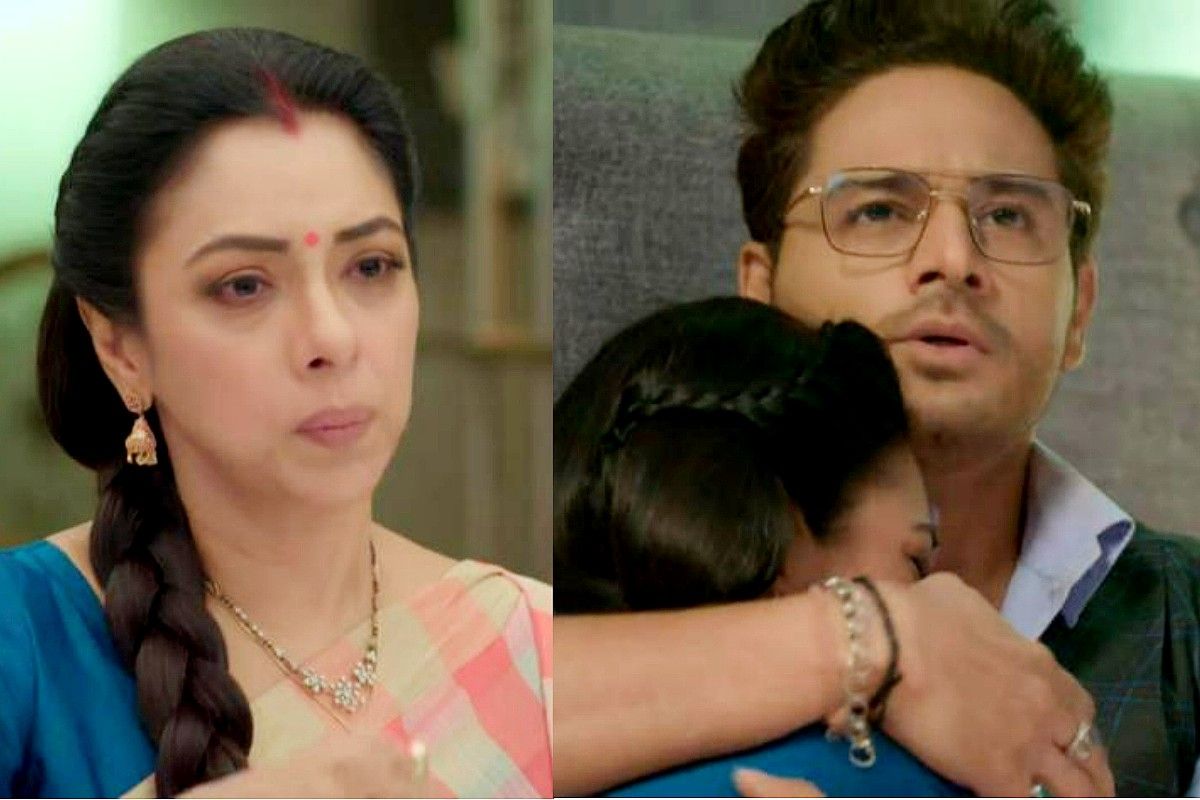 Anupama turns savage – Written Update, June 22: Anupama and Anuj Kapadia had their first argument as a married couple which resulted in a rather special moment between them. Anuj, who felt guilty for yelling at Anupama, later tried to talk to her and made her understand that he was just standing up for his wife. Anupama and Anuj share a warm hug and sort everything out before telling each other that these tiny arguments will never change their relationship and what they have – love for the ages.Also Read – Anupama-Anuj Kapadia’s First Argument as Married Couple, #MaAn Fans Say ‘Bhalai Isi Me Hai…’

Meanwhile, at the Shah house, Pakhi has a huge argument with his father Vanraj Shah. He asks her to abide by his instruction and never even think of visiting the Kapadia house to see her mom. This irks her and she gives back to him in an equally aggressive tone. Pakhi tells Vanraj that he’s simply jealous of Anupama now that she’s richer than him and more independent. Vanraj yells back at her. Kavya tries to meddle in and tells Pakhi that Vanraj only cares for her and he’s just a little upset with how Kinjal got hurt at the Kapadia house. Pakhi tells her that he has always been full of angst and hatred for Anupama and now, when he can’t do anything about her growth, he’s trying to lash out at the kids. Also Read – Anupamaa’s Aneri Vajani Aka Mukku Reveals She is Dating Someone And He is Not Harsh Rajput

The most interesting part of the episode remained Anupama giving it back to Barka when she tries to instigate her against Anuj after their argument. Barkha tells Anupama that no husband likes it when a wife continues to stay in touch with her ex-partner and that’s exactly what is troubling Anuj. Anupama looks at her with a straight face and asks her to not make the issue look bigger than it is. “Na main namak lagati hun aur na hi kisi ko lagane deti hun...” she tells Barkha and moves on, leaving her jaw drop. Also Read – Kinjal Suffers Miscarriage, Anupama Feels Guilty in Front of Vanraj? | Anupamaa Written Update, June 21

The #MaAn fans are especially excited about this savage Anupama who just doesn’t fear speaking for herself. Several social media users took to Twitter to highlight how this is exactly the change Anuj was talking about when he requested her to be more confident and not say ‘sorry sorry’ everytime something unfortunate happens.

A good epi! Everyone were right from their pov (except V whose whole system is filled with anger n hatred), one thing i totally agree with #AnujKapadia is that #Anupamaa must stop apologizing for no mistake of hers esp to V! #MaAn ‘huggy huggy’ make up was too cute! pic.twitter.com/BkHRCmKmFM

“Mai namak na khud dalti hun na kisi or dalne deti hun” 😎
The way they shut others with their calmess yet in savage way
Anu 2.0 is back 🔥🔥🔥
(*only come back we are interested in) #Anupamaa #MaAn pic.twitter.com/asJ6x56fUc

This wwas something anuj wants in anu the transition we need to see and she won’t take anyone’s crap ever cant wait #Anupamaa #MaAn #AnujKapadia https://t.co/WKVJEe0TEM

It will be interesting to see how this confident Anupama keeps her kids close and at the same time protect her relationship with Anuj from evil eyes. Watch this space for all the latest updates on Anupamaa!