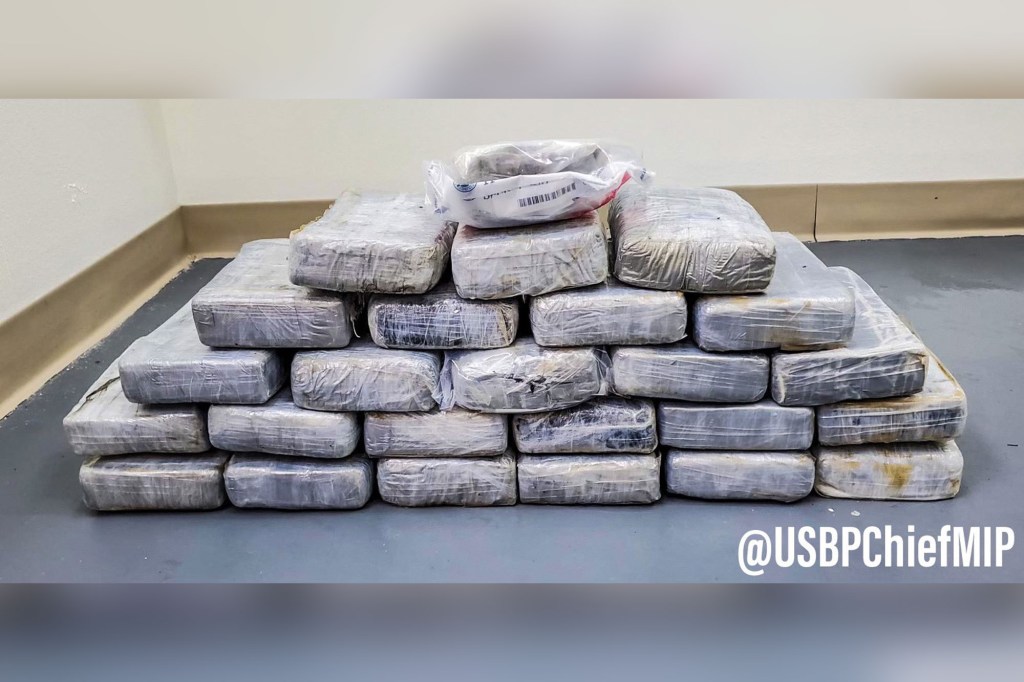 A boater found a massive package of cocaine floating in the water off the Florida Keys on Saturday, officials said.

The massive package, weighing 69 pounds, was estimated to have a $1 million street value, a US Border Patrol official told The Miami Herald.

The package was recovered off Islamorada in the Upper Keys, the official said.

Thomas Martin, chief patrol agent with the Border Patrol’s Miami Sector, tweeted a picture of the recovered haul on his Twitter account Monday, saying his agency worked with support from the Coast Guard to recover the drugs.

The photo showed what appeared to be 25 separate bricks wrapped in plastic.

The waters off the Florida Keys have had some other incidents with “high tides” as recently as March, when a snorkeler spotted a floating bale with 25 bricks estimated at a street value of more than $1.5 million.