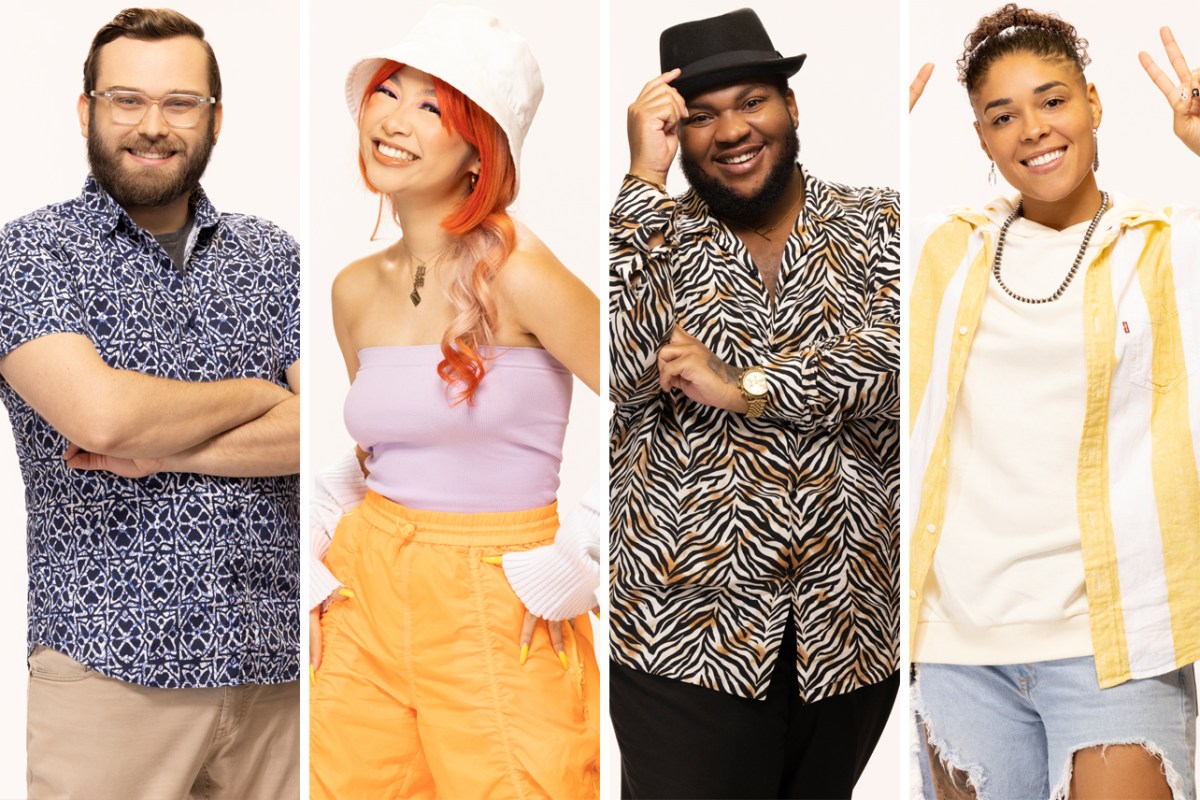 
It’s been too long since you’ve followed a whole new batch of Circle players, hasn’t it? Thankfully Netflix is rolling out Season 4 of the social media game show all month long, meaning you’ll get to add a whole lot of solid bonus content to your constant social media scrolling. More so than ever before, Season 4 of The Circle is stacked with players who know how to communicate digitally. Whether they do it professionally or not, these potential winners know how to control their message and make their point (and also take a perfectly posed photo or two).

Now you can follow all of The Circle’s Season 4 players and get a peek at what they do when they’re not sequestered in an apartment in the UK, painstakingly dictating messages to a fake social media app. Keep on scrolling for all of the Circle Season 4 Instagram handles.

Alyssa Ljubicich is a 27-year-old sex coach assistant from New York. Yep, she helps people have better sex for a living. She’s also not afraid of saying the word “vagina.” Alyssa thinks that if she can get people to tell her about their private sex lives, then she’ll have no trouble getting the other people in the Circle to tell her their strategies.

Josh “Bru” Brubaker is a 25-year-old radio host from the Midwest, currently residing in West Hollywood. Bru’s confident that he has what it takes to win The Circle. He gets paid to talk for a living and he’s already super popular online (guy has like 3.5 million followers). His strategy is to be everyone’s friend and not put all of his alliance eggs in one basket.

John Franklin is a 24-year-old social media content creator from New Jersey and he’s entering the Circle as his mom, Carol. John is so Italian that he makes Joey from Season 1 look like… well, Joey. No one’s more Italian than Joey, but John comes close. And since he knows that the matriarch is always the most popular person in every family, he’s gonna use his mom’s profile to get everyone on his side.

Crissa Jackson is a 31-year-old content creator with an impressive claim to fame: she was the 13th woman to hit the court as a member of the legendary Harlem Globetrotters. Now she does all of her basketball tricks on social media. Crissa’s counting on the fact that she covers a lot of bases. She’s a lesbian, she’s an athlete, she’s a wife, she’s a mom — who can’t relate to her?

Frank Grimsley is a 28-year-old school social worker from Maryland, and he is ready to bring the party to the Circle. Frank says he’s a “big boy with a big personality,” and he’s all about body positivity. Frank hopes to use his confidence, southern charm, and therapy skills to get close to everyone in the Circle. But if he needs to get shady, he’s gonna get shady.

Alex Brizard is a 28-year-old commercial banker from Scottsdale, Arizona. He’s all business at work, but he’s a self-described nerd when he’s off the clock. He’s a huge fan of games and considers The Circle to be the ultimate game — and that’s why he’s catfishing as a hot, 22-year-old frat boy named Nathan. With Nathan’s looks and Alex’s smarts, he could be the player to beat.

Parker Abbott is a 21-year-old student from Miami who loves two things: being in a sorority and partying. Parker totally knows the vibe she gives off, and she knows that people in the Circle aren’t going to trust a profile filled with all of her sexy photos. That’s why she’s going into the circle as her father, a married, 56-year-old man named Paul. She’s ready to be the most manipulative and cutthroat player in the game.

Rachel Evans is a 29-year-old paranormal researcher from Houston. She’s got an open mind and a whole lot of confidence. Rachel knows that people will take one look at her kooky photos and think that she’s just a sweet, artsy weirdo. They’ll never see a stab in the back coming from this player. Seriously — how can she hold a knife while she’s playing the accordion?

Yu Ling Wu is a 25-year-old marketing consultant from San Francisco. Both of her parents were immigrants, so she learned a lot about American culture via MTV and VH1. She lives and breathes social media and, as a Millennial/Gen Z cusp, she figures she can relate to almost anyone who’s playing the game.