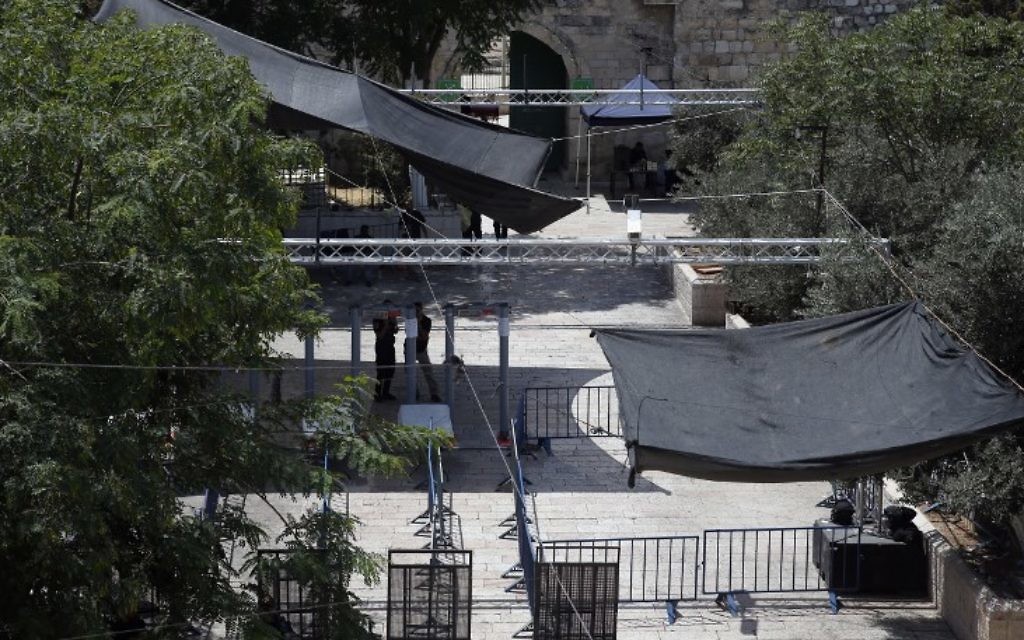 The “security incident” that an ex-aide to Benjamin Netanyahu referenced in his testimony today at the former prime minister’s corruption trial involved placing metal detectors at the entrance to the Temple Mount, according to reports.

Nir Hefetz, a former aide to Netanyahu, said earlier today that a security incident that “could have killed thousands” was never revealed publicly, and that the then-prime minister was influenced by his “surroundings.”

According to Ynet and Channel 12 news, the incident was the placement of metal detectors at the Temple Mount in 2017, at the pressure of Netanyahu’s son, Yair Netanyahu.

Hefetz said earlier that he left his job with Netanyahu in September 2017 because he “believed that [the premier] was no longer fit to make security decisions for the State of Israel.”

You’re serious. We appreciate that!

We’re really pleased that you’ve read X Times of Israel articles in the past month.

That’s why we come to work every day – to provide discerning readers like you with must-read coverage of Israel and the Jewish world.

So now we have a request. Unlike other news outlets, we haven’t put up a paywall. But as the journalism we do is costly, we invite readers for whom The Times of Israel has become important to help support our work by joining The Times of Israel Community.

For as little as $6 a month you can help support our quality journalism while enjoying The Times of Israel AD-FREE, as well as accessing exclusive content available only to Times of Israel Community members.

Already a member? Sign in to stop seeing this

Get the latest Israel news with exclusive pictures, videos, stories.