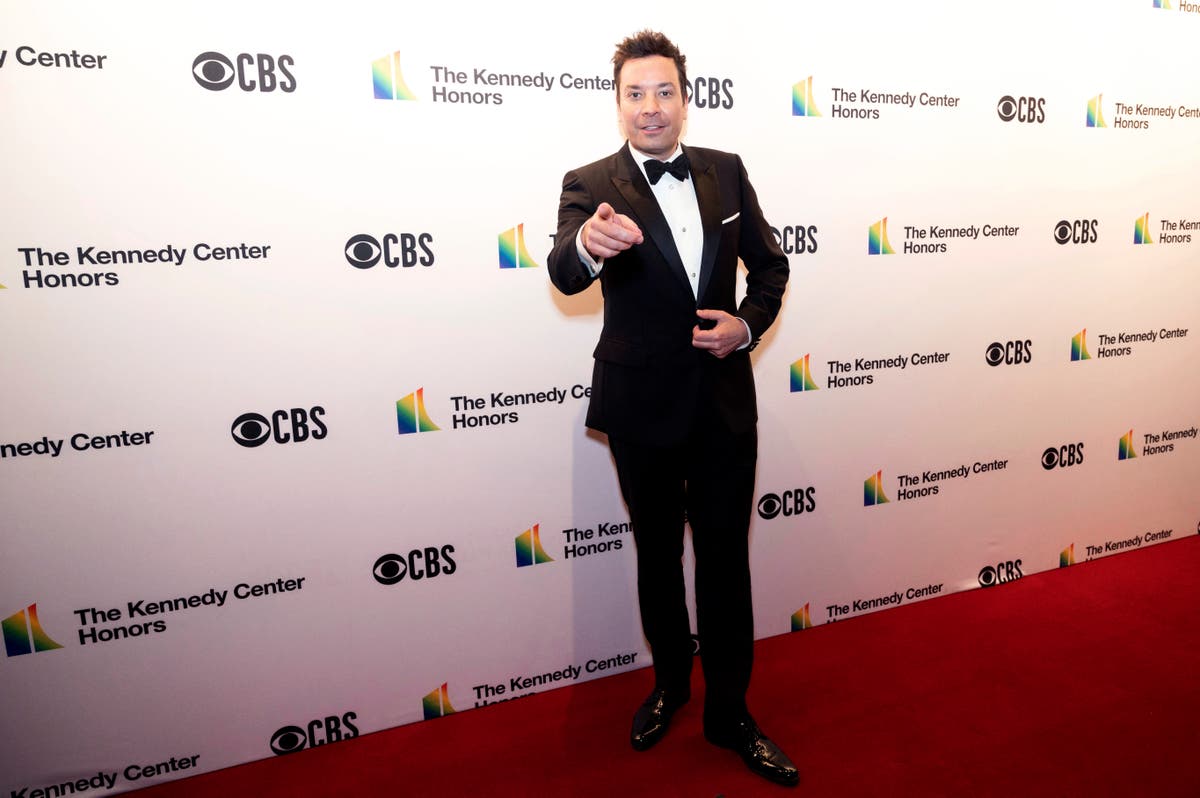 Yes, hes the host of the Tonight Show Starring Jimmy Fallon And sure, hes starred in movies, been a Saturday Night Live regular, and just launched a new show, Thats My Jam.

But Jimmy Fallon has always wanted his That Thing You Do! movie moment when he gets to hear his song come on the radio. And hes ready for that moment on Tuesday, when his holiday single It Was A (Masked Christmas), featuring Ariana Grande and Megan Thee Stallion is released.

I almost feel like Im Beyonc or Drake Fallon told The Associated Press. Ive always wanted to surprise drop a single and now its happening. This is crazy what life is.

It Was A (Masked Christmas) started out as an idea Fallon was toying with in August while he was recording at Electric Lady Studios in Manhattan. I wanted to write something reflecting on how tough it was for everyone last year during the holidays and that its gonna get better, he said, adding that he was looking to throw in some humor about putting Purell on everything and families cramming into the laundry room to get on Zoom because thats where the best Wi-Fi is. He also enjoyed how fun it is to say booster, especially with a Boston accent.

While writing the song with producer Ido Zmishlany, best known for his work with Shawn Mendes and Justin Bieber, Fallon had Grande in mind for singing the hook, but when he reached out to her, he didnt hear back right away because she was busy as a coach on The Voice. Then, in mid-October, she responds, saying, I love this song. You sound great. I think this is so funny. Lets do this. Im on it. Im going to record tomorrow in the studio.

She also asks who is going to do the songs rap, which Fallon did in the demo. Grande texts Megan Thee Stallion, who replies, Are you kidding me? Ariana and Jimmy, my two besties? Lets do it.

Fallon was shocked at how quickly things were moving for the song. It was nothing a week ago, he said. And now the two biggest stars in the world are saying, Lets play and do a video.

At a time when getting vaccinated for COVID-19 can be seen as a contentious issue, Fallon hopes people will see the song in the spirit it was created. If we can get people to go get the booster or get the vaccine, thatd be amazing, he said. If not, hopefully it just makes people smile and have a good time.

Fallon, who has long been a year-round fan of Christmas music, said the pandemic inspired him to generate some good cheer.

That was kind of a wake-up call where you think, Why not do as much as we can to make people happy? he said. We forget about these things. And this is a great time to celebrate and get together.